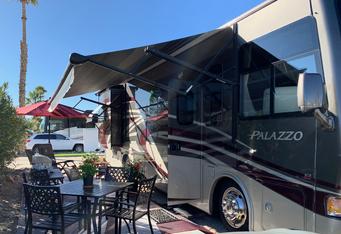 Margaret and I both spent portions of our earlier lives in California, but we've always said we'd never move back. Between the taxes, the fuel prices, the real estate prices, the congestion and the craziness, life there is simply more challenging than ours in Tennessee. On the other hand, it can get mighty cold and rainy in our area of Tennessee—with occasional bouts of snow—so we decided to spend the winter of 2019 in beautiful, Palm Springs, California, and it was absolutely wonderful.

But before we talk about about how COVID-19 changed life in the Brask household, it's enjoyable to reflect on just how lucky Margaret and I know we are, and how enjoyable life in the desert was for us.

We left Des Moines, IA shortly after Thanksgiving and threaded our way south through sub-freezing temperatures and snow storms to Texas where we enjoyed some sunshine and reasonably-warm temperatures for a couple of weeks before meandering westward to California. Along the way, we visited Chip and Joanna Gaine's Magnolia empire in Waco Texas (a wonderful experience), San Antonio's River Walk (simply enchanting), and the beautiful, Tuscon, AZ area (one of our favorites), among other attractions.

In late December, we made it to California and spent two weeks at the Thousand Trails Campground in Palm Springs. We "divided and conquered" at Christmas, with Margaret flying back to Iowa to spend the holiday with her girls and the grandchildren while I celebrated with my girls and their families in the Los Angeles area. While we missed being together for the holiday, given that would be the last time for a while either of us would see our children and grandchildren, we're really happy we made that decision.

Once Margaret made it back to town, we moved to a monthly RV site in the Sky Valley RV Resort just outside of Palm Springs proper where we expected to spend the next three months exploring Joshua Tree National Park, the oasis trails scattered liberally around the desert, and as many of the wonderful bars and restaurants we could possibly make it to. The resort had eight hot tubs heated from natural springs and four, beautiful pools as well as tennis and pickle ball courts, horseshoe pits, and numerous clubs and activities. We enjoyed several cover bands and other entertainment events held in the community center or the lawn surrounding it. And, of course, we did more than our part in propping up the local food and booze economy for the first two months. Palm Springs has (or perhaps "had," depending on how they are able to weather the virus shut downs) an absolutely incredible variety of restaurants and bars, and we were able to sample some of the most popular while making only one phone call to our financial advisors for additional funds.

The dollar amount of that request will remain a closely-guarded secret.

Around the middle of March, things began to change. The stock market was perhaps the best bellwether of the volatility to come. We watched as our personal "fortune" (that word used with a wink and a smile) fluctuate with every pronouncement about the mysterious virus emerging in China. Certainly it wouldn't effect us...we were in the middle of the fricking desert after all.

Then...a community just down the road from us had its first cases. "That's not good," we thought. A few days later, a major Tennis Tournament scheduled to be played in the area was cancelled, followed by an outdoor concert and a music festival. Restaurants began to empty out, there was a run on toilet paper and bottled water (still don't get that one...I go to the faucet, turn the handle, and like magic: water comes out...even during the pandemic!), and the first talk of closing airlines, hotels, RV parks, and other travel-related businesses started surfacing. Many of our Canadian neighbors (Sky Valley appears to become Canada's eleventh province during the winter months) began packing up and heading home in the fear that borders might close and their US health insurance policies would expire.

To say we weren't feeling comfortable was an understatement.

We had expected to remain in Palm Springs until April. We had plans to visit my sister, my step dad, and several long-time friends, as well as enjoying more time with some new Canadian friends we'd run into at a bar one night. We were planning to head toward the Sedona, AZ area in mid April and stay there until it was warm enough to move up into Utah for a month of travel through that state's beautiful National Parks. We were pumped. The "Circle Tour," as it has been dubbed, is on almost every RVer's bucket list, and we've been looking forward to doing it up right ever since we retired four years ago. We met my youngest daughter, her husband, and our oldest grandson for a restaurant lunch on March 1st despite our concerns about exposure to the virus, and that would be the last time we would enjoy any meaningful social interaction (other than the wholly-unsatisfactory, socially distant variety we've had to accept since) until this was written in early May.

The very next day, we notified Sky Valley of our intention to depart early, and we made plans to leave the desert and make our way back to Tennessee where we would have the best possible health care options under the terms of our insurance plan and we would be able to hunker down in familiar territory.

The California desert is a great place to winter. We loved our time there, and we sincerely hope we're able to return there again some day to complete our exploration under better circumstances. 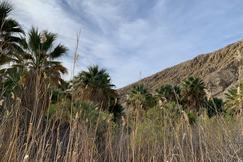 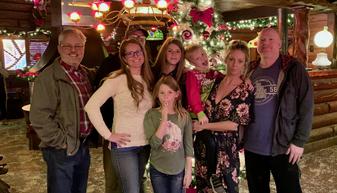 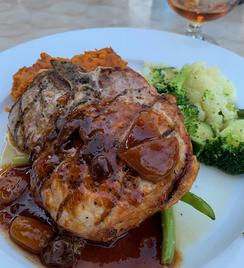