Is Work Compatible with Retirement? 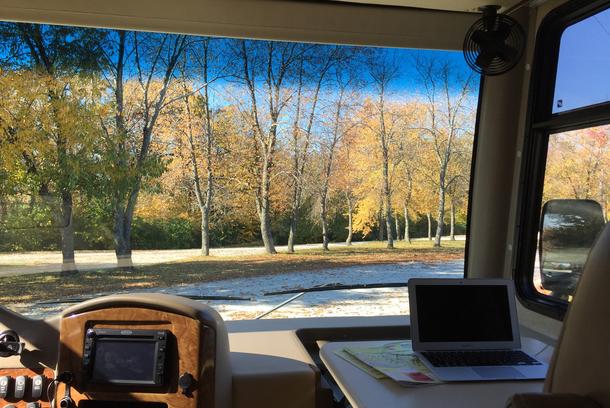 First, let me just say, this retirement gig is wicked good if you can do it. No real requirement that you accomplish anything in particular, the freedom to do what you want to do on the timeline and terms you choose to do it…cocktails at 5:00. It truly does not suck. So why even consider interrupting the established order of things with thoughts of a return to the workforce in some way? Even if you can convince yourself and your significant other that this new opportunity would be a part time and independent activity that wouldn’t require commuting to an office or sitting at a desk a prescribed amount of time every day, why would you abandon a state of pure bliss for anything approaching activities that essentially amount to having a job?

Perhaps Author Martha Sherill touches on one of the answers to these questions with the following quote: “I often think about dogs when I think about work and retirement. There are many breeds of dog that just need to be working, and useful, or have a job of some kind, in order to be happy. Otherwise they are neurotically barking, scratching, or tearing up the sofa. A working dog needs to work. And I am a working dog.”

The truth is, I started putting together this blog and website late last year at least partially because I felt I needed some form of work-related activity to anchor my days. No matter how much fun I was having “being retired,” I couldn't avoid a nagging sense that I wanted to be doing something that would give me goals and provide a sense of accomplishment. Certainly I wanted to avoid any appearance of laziness, as any wife worth her title will quickly fill that vacuum with a long list of "suggested" chores and projects. I thought about starting an internet business, I considered writing another self-help book as a foundation for a new series of seminars, and I even toyed with the idea of pulling together a group of investors to launch a brew pub out of a historic building in our community. Deliberation about the various possibilities filled the vacuum of what would otherwise have been idle time, to the degree that it actually contributed to some sleepless nights…not unlike those I frequently experienced back when I was still working.

I guess I too am a working dog.

This realization really became apparent when an opportunity to do some work as an independent sales agent for a first-rate company run by a trusted friend presented itself recently. I’d like to say that I struggled over the decision to say “yes,” but the truth was I jumped on the idea with the same enthusiasm and urgency our dog, Lucy, exhibits when bacon is within reach. I think I actually salivated. Within twenty-four hours I had researched the company, quantified the opportunity, and strategized my approach. Margaret turned to me at one point as we were watching a television movie and said: “You’re working already, aren’t you.” It was a statement, not a question.

Forty-eight hours after that, I’d prepared a brief and a day later I was on a plane to facilitate meetings aimed at launching the initiative. It finally occurred to me, as I sat thinking in the dark plane cabin on my return trip that doing this would mean I was no longer completely, strictly, or simply “retired.” Yet, as I contemplated my new (“semi-retired,” I guess) status, it occurred to me that it didn’t feel the same as being employed did historically. Why was that?

Perhaps the difference is that making the decision to retire in the first place meant that I’d effectively put the “requirement” that I work behind me. In concluding that I could, from a financial perspective, choose to cease collecting a salary, it meant that the need to collect a salary was no longer a factor in whether I chose to work, or not.

I was now free to work because I want to, not because I need to. (Although a few bucks toward the cost of replacing the cracked windshield on our motorhome discovered earlier this week will certainly be welcomed!)

Does that make sense? I hope so, because it feels like it makes incredible sense to me, and I’d hate to think I’m totally crazy in thinking this way.

So in a way, this decision is changing nothing about our life at this point. We’re still taking a Hawaiian vacation this year. We still have plans for an RV trip this spring. We’re still working toward simplifying our life and still intrigued by the many ways other people are simplifying their lives. I’ll be dedicating a significant block of my free time to this new venture—time that I might otherwise have spent dreaming about my own pursuits—but now I’ll have a well-defined goal and a quantifiable financial reward for success.


As with any marriage or partnership, compatibility does not come without compromise. So I think work is compatible with retirement, as long as one is prepared for some give and take.