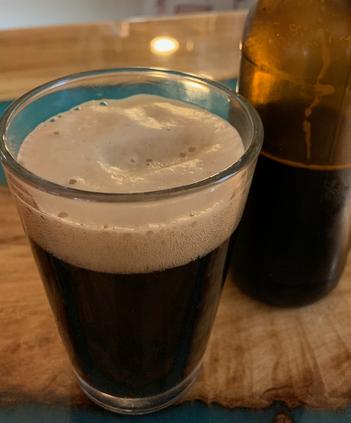 It's hard to believe now, but for the first 60 years of my life, I was either too young to drink beer or under the impression that I didn't like it. Other than some icy-cold Coronas with lime largely consumed in Mexico or at least with Mexican food, I rarely considered drinking the beverage because of how little flavor the most common corporate brands seemed to have. That all changed the day my oldest daughter and son-in-law took me for a tour and tasting at the Deschutes Brewery in Bend Oregon where I discovered wonderfully hoppy IPAs, face-slapping Double IPAs, deep, rich stouts, and—most notably—their creamy, chocolaty Black Butte Porter served that particular day on nitro.

Or at least I did on the way home after that tasting...I wasn't driving and let's just say I sampled a lot of product.

Upon our return to Tennessee after that visit, Margaret and I met new neighbors who quickly became good friends. The male half of that duo was not only a big fan of craft beer, he's built an incredible home brewing system in a dedicated facility on his property where he makes 5-gallon batches of really fantastic beers.

Huh? "You mean mere mortals can make this stuff at home," I thought.

This began my trip down the slippery slope that would eventually result in me assembling a beer-making capability of my own—albeit only a 1-gallon setup due to the limited storage available in the average motorhome particularly when one is traveling pretty much full time with all of the other essentials of life.

To date, I've concentrated on making beers that are not your ordinary just-pick-up-a-six-pack-at-the-local-convenience-store varieties: Oatmeal Stout, Chocolate Maple Porter, Double IPA, and Bourbon Barrel Dubbel, just to name a few. Amazingly, if one follows instructions well, is fastidiously careful about cleanliness and timing, and is able to maintain the proper temperature conditions during the fermentation period, the resulting product can be rather amazing. Like...as good as a really good beer from a real craft brewery.

Of course, I'm not great at compliance, having undoubtedly lived with a pretty serious case of ADHD my entire life. I've taken the cleanliness challenge very seriously, but much of my beer-making activity takes place outside where wind can introduce contaminants such as wild yeast into the process. And, finally, RVs are notoriously difficult to keep within a specific temperature range, which has forced me to place ice cubes inside a bucket with my fermentation vessel or on other occasions to wrap the same bucket with a heating pad. In the end, however, the only real "failure" was a batch of Brute IPA that apparently had too much yeast activity remaining after the bottling process which made it so incredibly carbonated it was almost impossible to pour.

It still tasted good, however. So I will continue to cook batches of beer as a hobby. It keeps me off the streets, and—more importantly—gives me an excuse to pour myself into an activity for an afternoon during which I can drink beer. 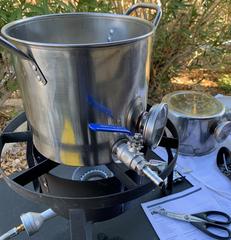 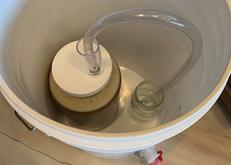